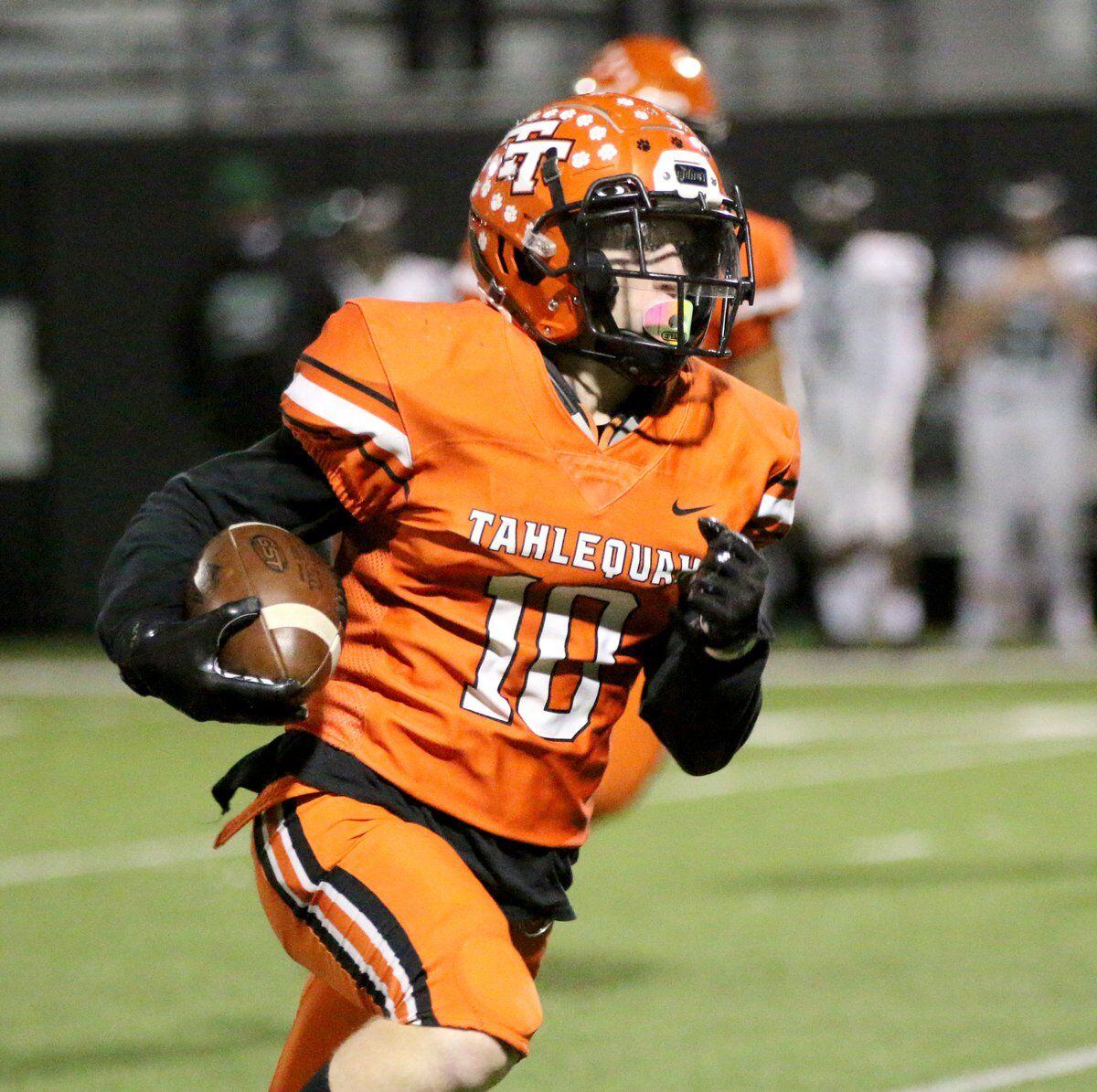 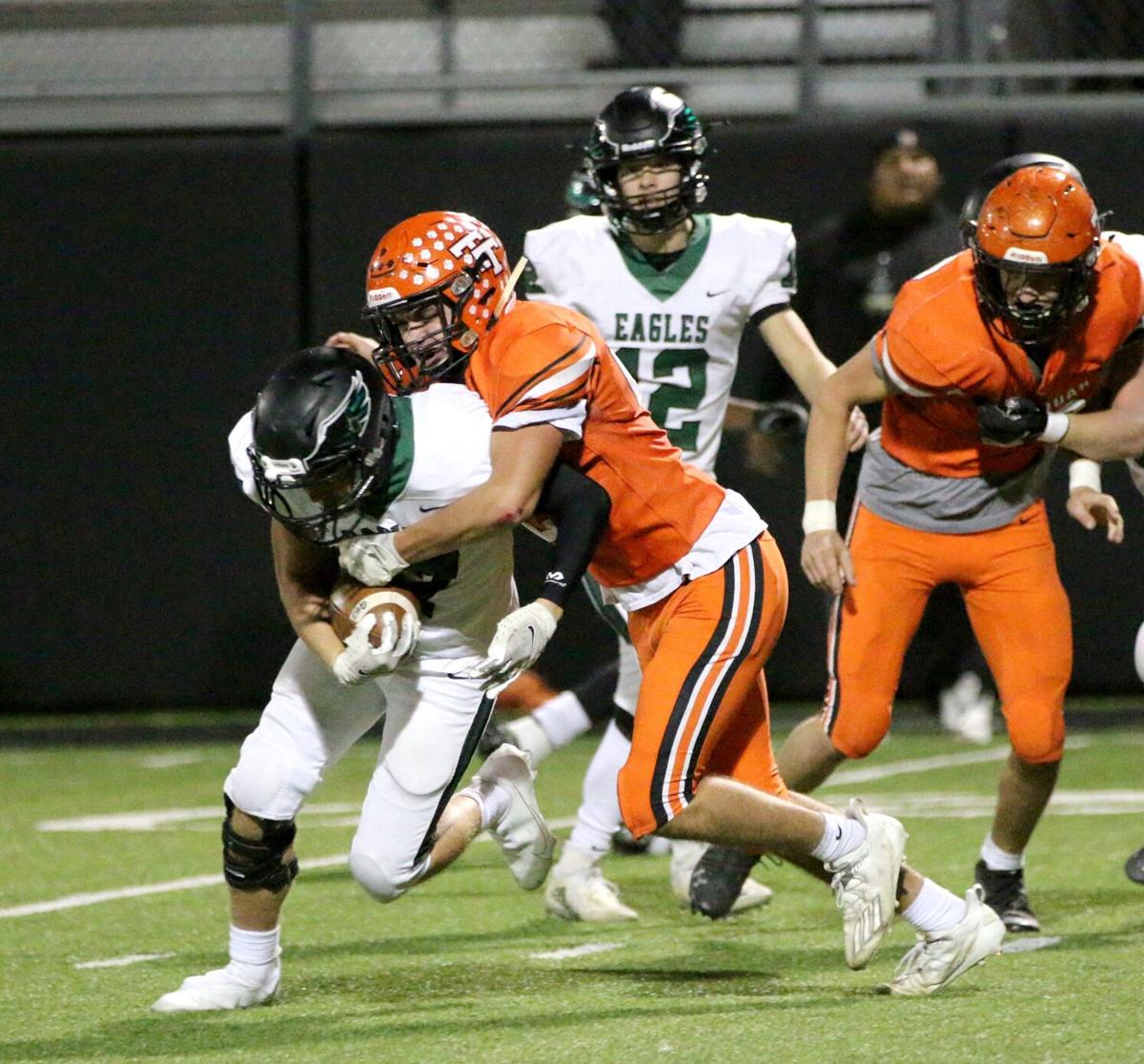 Tahlequah will be playing in the second round of the playoffs for the first time since 2017 when it visits fourth-ranked Bishop Kelley Friday in a 7 p.m. kickoff.

The Tigers (6-4) found a way to hold off upset-minded Tulsa Edison last week, defeating the Eagles, 34-29, in what was a second half full of twists and turns.

Bishop Kelley had a bye in the opening round after defeating Sallisaw, 31-12, to end its regular season. The Comets enter at 8-1 overall with their only loss coming to third-ranked Coweta on Oct. 30.

“We’re on to Bishop Kelley and we’re excited,” Tahlequah head coach Brad Gilbert said on Monday. “They’re 8-1 and they’ve beat a lot of good football teams. We know that we’ve got our hands full. They’re always well coached and very disciplined. They don’t ever beat themselves. We’ve got to be on point in all phases and as individuals across the board.”

The Tigers had several pivotal moments last week — a momentum-swinging Carson Ferguson kickoff return for a touchdown, a Parker Lane interception, and what would be a game-deciding interception in the end zone by senior defensive back Qua’shon Leathers.

“It’s never easy to win on Friday nights,” Gilbert said. “We kind of relaxed a couple different times during the game when we were up 21-0 and 34-14. But we made enough big plays in the end. It’s a victory and our kids were excited, and they should’ve been.”

The defense was led by senior linebacker Angel Quezada’s 12 total tackles, and Shaw Thornton posted eight tackles, including a tackle for a loss. Lane and Leathers had interceptions.

“There were a lot of really good individual performances, and defensively we played well all night,” Gilbert said. “You take away really two scoop and scores in reality, and you have a kickoff return for a touchdown...our defense gave up seven points.”

Junior running back Malik McMurtrey has been held in check over the past two weeks after averaging just over 140 yards in three straight weeks against Claremore, Glenpool and Tulsa Memorial. McMurtrey was limited to 43 yards on 11 carries last week and had just 10 yards on seven attempts against Collinsville. He’s also fumbled twice in the last two weeks.

“It just has everything to do with what [defenses] are giving us and what we’re willing to take,” Gilbert said. “[Edison] was putting eight in the box and it was zero coverage across the board. They were wanting us to throw the football.”

Junior quarterback Tyler Joice has completed 64.9 percent of his passes for 1,269 yards with 14 touchdowns and six interceptions. Joice, in his first year as a starter, threw for a career-high 221 yards and three touchdowns against Collinsville. He’s thrown just one interception over the last seven weeks.

Senior receiver Kobey Baker has been Joice’s top target all season. Baker has 42 receptions for 583 yards. Baker has 12 total touchdowns, finding the end zone at least once in all but two games.

“We need to make the most of our opportunity and be excited about playing Bishop Kelley,” Gilbert said. “We’re 0-2 against them since I’ve been here. We’ve been in two really football games against them and played for a district championship in one of the meetings. They’re just always a good team. They’re physical and they’re going to the football right at you and use a lot of play action over the top. They’re very active on defense with a lot of man coverage, cover three. They’re an odd front, but they give you different looks all the time.”

“They’re experienced with a lot of seniors,” Gilbert said. “They’re a really good football team and they’ve got a lot of guys that do their job, and do it well. It just makes it difficult for their opponent because they’re opponents have to match that, and if not be better. We’ve got to make sure that we don’t hurt ourselves.”

Tahlequah has lost its last two meetings with the Comets, including a 16-14 setback in Tulsa to close out the 2017 regular season.