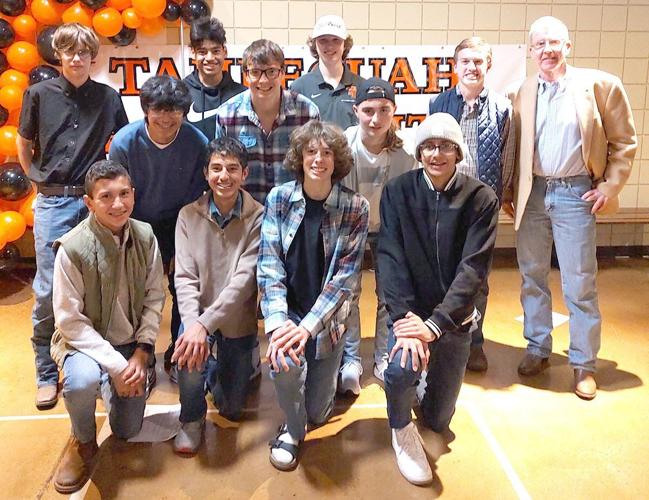 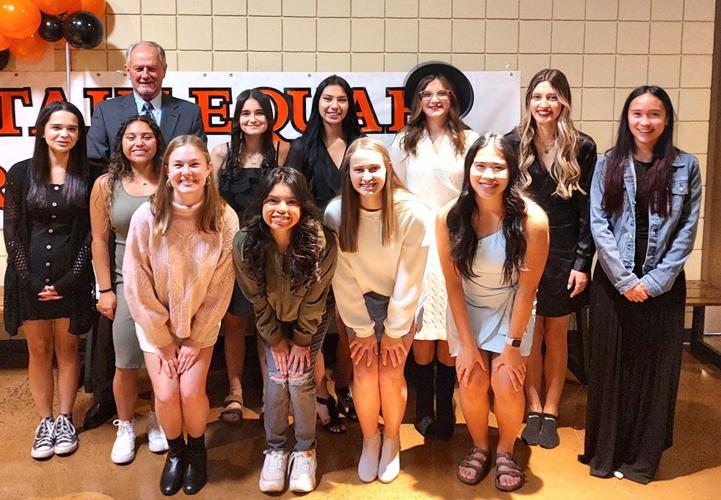 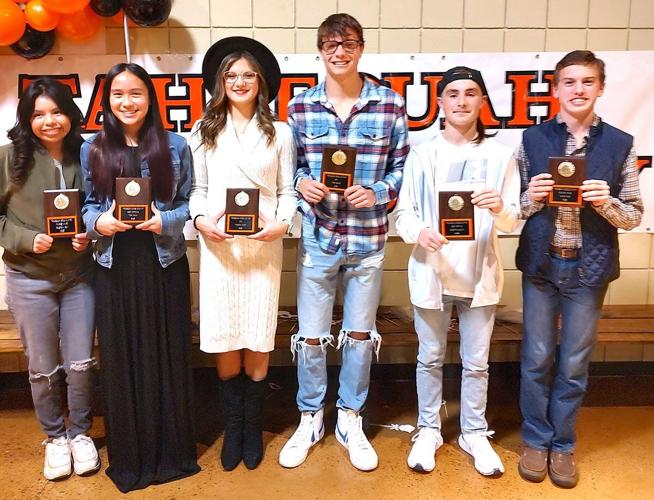 Following a meal consisting of pot luck provided by parents of cross country runners, and meat smoked by the Tahlequah Fire Department, Lady Tiger head cross country Coach Elzy Miller began the presentations. Runners of the Week awards are given to the best runner at each individual meet. The Runner of the Week for the Early Tiger, the first meet of the season, was Hood. At the Broken Arrow Meet, Tori Pham was the ROTW. Pham and Hood shared ROTW honors at the Missouri Southern Meet, while Jasmine Alanis was the Runner of the Week at the Pre-State Meet.

Hood claimed ROTW at the Chili Pepper, and at the Claremore Meet, Annika Barr claimed top honors. In the Metro-Lakes Conference Meet, Hood was the Runner of the Week, and in the 5A Regional, Hood shared honors with Haley Wilson. At the 5A State Meet, Salendia Melo and Ashley Ledezma were the Runners of the Week.

At the Metro-Lakes Meet, Melo finished seventh, Phan was third, and Hood was first. All three were named First Team All-Conference.

At the East Regional, Melo was in 10th place, Pham seventh, and Hood was first. All three Lady Tigers were named First Team All-Regional.

Tahlequah boys’ cross country Head Coach David Spears presented his boys, and at the end of the presentations said that no seniors on the team, everyone would be back next year.

For the Tigers, the Runner of the Week at the Early Tiger was Joseph Espinosa, and at Broken Arrow, Jacob Tiger took the ROTW award. Taven Neal was the Missouri Southern top runner, and Tiger won the top spot at Pre-State.

The Runners of the Week at Regionals were Baker and Tiger, and at the 5A State Meet, Baker, Perez, and Jalen Hooper were the top runners.

Spears said at Regionals, Tiger lost a shoe at the start of the race, and ran the entire race with one shoe, and still finished in the top of the field.

The Most Improved Boy Award went to McCarty, the Coach’s Award was given to Tiger for making All-Conference at the Metro-Lakes Meet, and All-Regional at Regionals.

Baker was named Most Valuable Player for making All-Conference, All-Regional, and All-State.