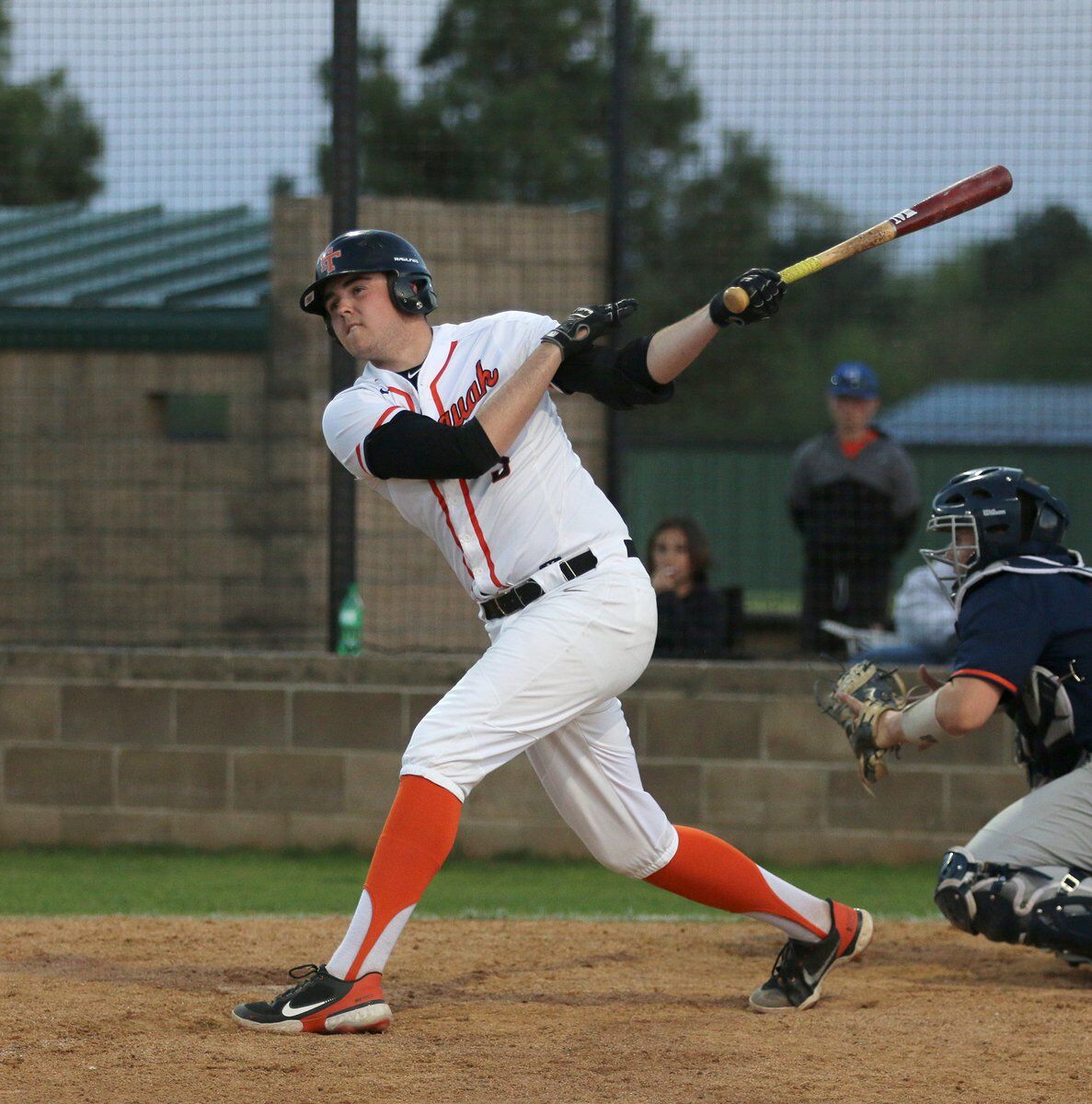 Tahlequah senior Tanner Christian went 2 for 3 with a double, home run and drove in a game-high four runs Monday in the Tigers' 8-5 win over Claremore. 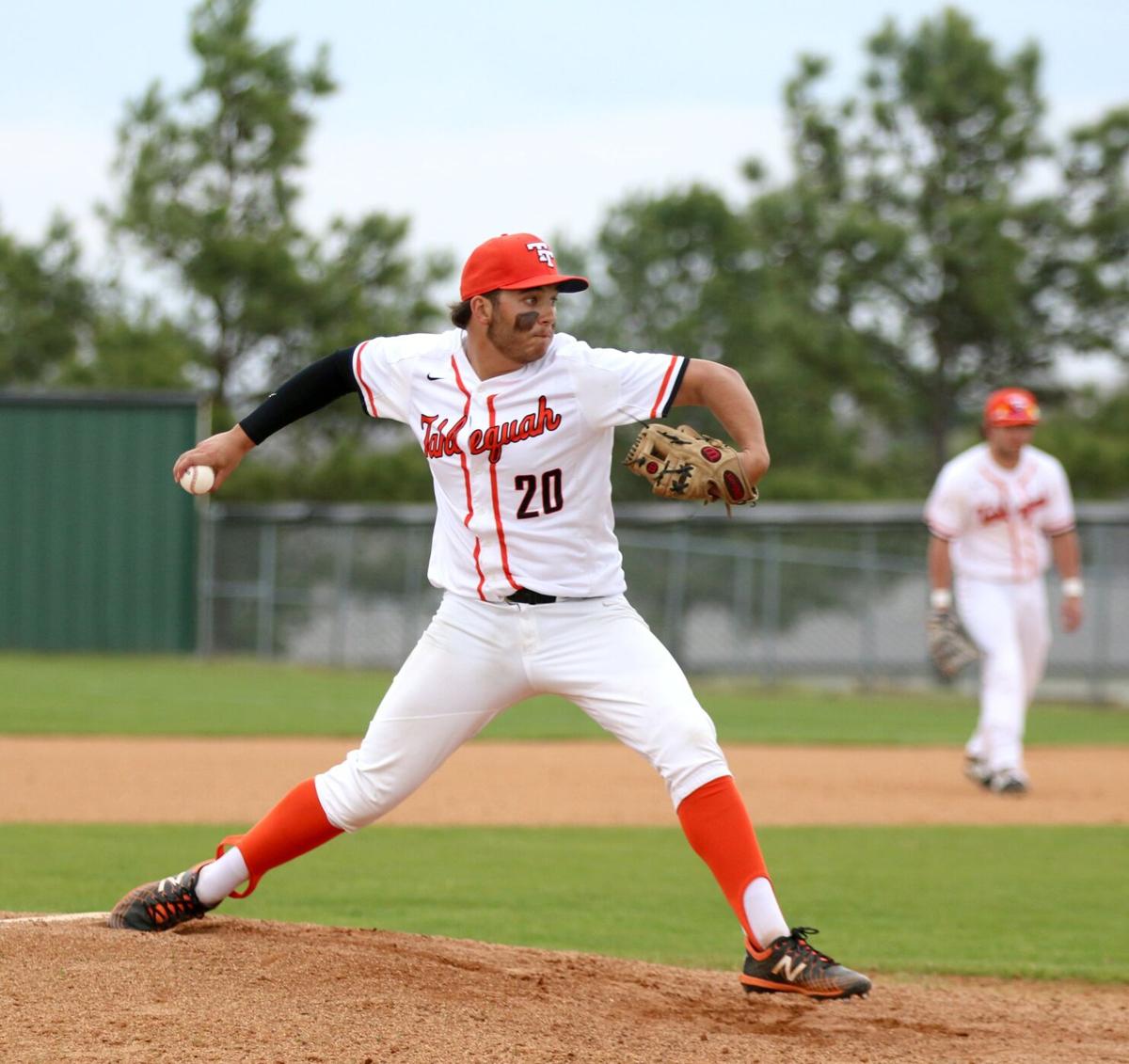 Tahlequah senior Tanner Christian went 2 for 3 with a double, home run and drove in a game-high four runs Monday in the Tigers' 8-5 win over Claremore.

Behind a stellar performance at the plate and a shutdown relief outing on the mound from Tanner Christian, Tahlequah snapped out of a funk and defeated Claremore, 8-5, Monday in Tahlequah.

Christian, a Rose State College signee, put Tahlequah over the top by clubbing a three-run homer to left field on a full-count offering in a five-run fourth inning that gave the Tigers an 8-5 lead. Christian, who went 2 for 3 and also doubled, drove in a game-high four runs.

On the mound, Christian retired five of the six batters he faced in the sixth and seventh innings to earn the save. He didn’t allow a hit, struck out one and issued one walk.

The Zebras scored early and often to take a five-run lead. They scored twice in the first and third innings and once in the second behind the bat of Gannon Sherl. Sherl belted a two-run homer to left field in the third that put Claremore up 5-0.

Tahlequah starting pitcher Caleb Davis overcame a rocky start and twice got out of jams. In the fourth, Davis left Claremore baserunners stranded on second and third after forcing Ethan Grimett to fly out to center field. Claremore again had two runners in scoring position during the fifth before Davis struck out Carson Young and assisted a putout at home plate when Sherl was caught stealing.

Davis, also a Rose State College signee, allowed four earned runs on eight hits across five innings to notch the win. He finished with four strikeouts and issued one walk.

The Tigers inched closer in the third with three runs. Christian got them on the scoreboard with a sacrifice fly to right field that brought home Race Stopp, Luke Chaffin then followed with a single to left to score Dylan Leep, and Davis plated Tyler Joice with an infield single to make it 5-3.

Prior to Christian’s home run in the fourth, Tahlequah evened the score when Stopp crossed home plate on an error and Joice delivered an RBI single to right that scored Bradley Pruitt. Christian’s homer came off Grimett.

Joining Christian with two hits for Tahlequah were Joice, Davis and Stopp. The Tigers, who closed with 11 hits, received one RBI apiece from Joice, Chaffin and Davis. Leep, Chaffin and Brody Younger each had one hit. The 11-hit performance was better than the Tigers’ previous four games combined.

The Zebras were led offensively one two hits apiece from Scout Cutsinger, Hunter Walters and Sherl. Grimet took the loss on the mound.

Tahlequah and Claremore will conclude their season series Tuesday in Claremore.